Richard Spencer isn't a nazi. before he was sucker-punched on video, he literally said neo-Nazi's hate him. He has never advocated violence against anyone, nor is there any record of him using violence against anyone. He simply wants to establish a white nation to protect a small section of the white race from demographic replacement.

Even if he was a nazi, if he hasn't harmed anyone or called for anyone to be harmed, you don't get to use violence against him.

Good game, but if i may suggest: The Pop up face could be cropped like the other assets, and the arm is extended to the whole screen. And can punch anywhere :) 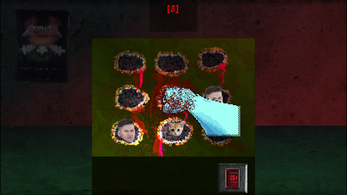 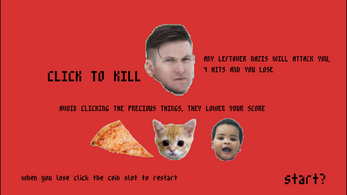